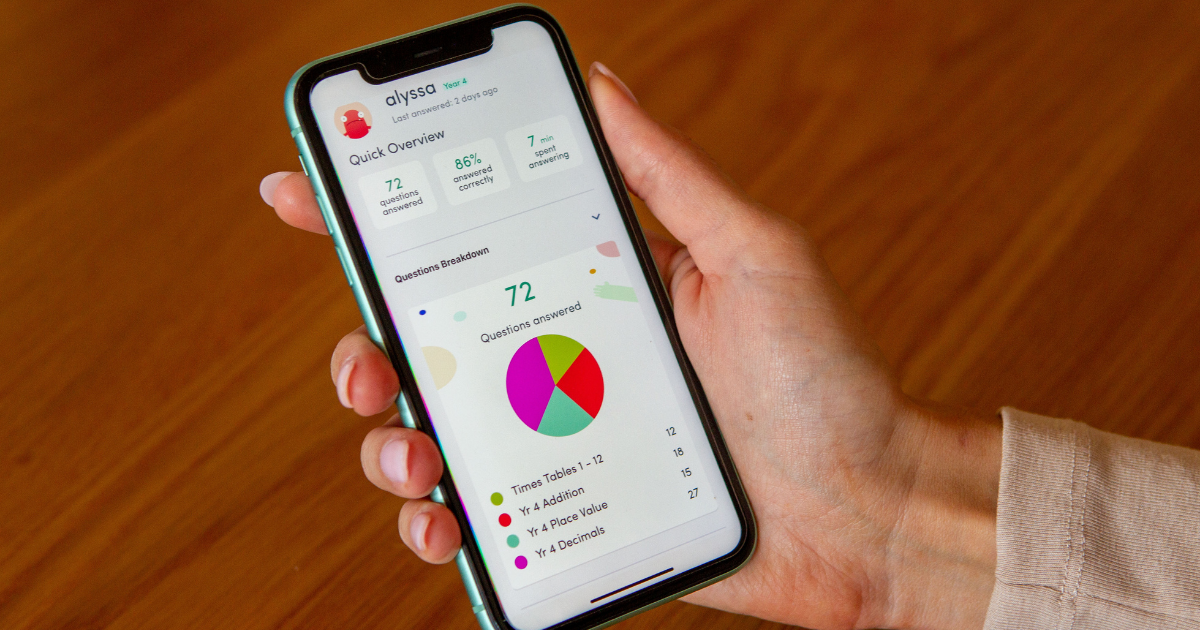 The obsession with screens was noted in the Elnekave household, where husband-and-wife duo Issac and Ann watched their children grow increasingly attached to their phones. The pair would try to limit excessive Internet use through parental screen controls and “no phone” times. They even attempted a type of blitzkrieg schooling: Ann would jump out from behind door frames and ambush their daughter Alyssa with multiplication questions.

In an attempt to find a better solution, the Sydney, Australia-based pair began developing an app in 2020 that would lock social media sites, streaming services and gaming apps until their kids could solve educational questions. After initially rolling it out in their home country, the Elnekaves launched their app, 1Question, in the U.S. this week. 1Question, which keeps its U.S. headquarters in Santa Monica, has raised approximately $1.5 million through crowdfunding to date.

“It’s not like Alyssa needed to stop everything and go to the times tables; it’s not like I had the fortitude and she had the stamina to sit together and ask 27 times a day,” Issac told dot.LA. “It was just micro-learning moments that were happening through her daily engagement with her phone.”

After partnering with AI Australia, one of the largest artificial intelligence software firms in the country, 1Question evolved into a sophisticated smartphone app with an AI-driven backend that tailors questions to how well a user performs. After collecting information on what question was answered, how long it took to answer and what they got right and wrong, the AI creates a specific curriculum for each child to help them answer quizzes faster.

Parents can download the app onto their children’s devices, select their school grade, and choose the subjects they should learn and how much time they need to spend on the 1Question before gaining access to other apps. Subjects now range from math and science to English and health.

The “screen debate” has been a hot topic in parenting forums and Facebook groups for years, giving rise to several parental lock platforms like United Kingdom-based Kidslox and Atlanta-based Bark. At the behest of investors and lawmakers, Apple and Google have also implemented screen control tools. During the pandemic, some affluent parents have even hired $200-per-hour screen consultants and parent coaches to help occupy their kids’ time without technology.

1Question’s approach is different: Instead of locking screens, the app quasi-negotiates with its users by giving them screen time as long as they complete certain assignments.

Behind 1Question’s curriculum are a slew of accredited teachers, tutors and scientists—dubbed “educational creators” by Issac—who make short, TikTok-style videos followed by questions that students have to answer to earn screen time. 1Question currently pays its creators $500 to create four minute-long videos and five follow-up questions per video, and eventually plans to deploy an Uber-esque revenue-sharing model to allow its teachers to make extra money.

“Over the last two years, teachers have really gotten used to being in front of the camera,” Issac said. “So all of the content and videos that they’re putting together is phenomenal.”