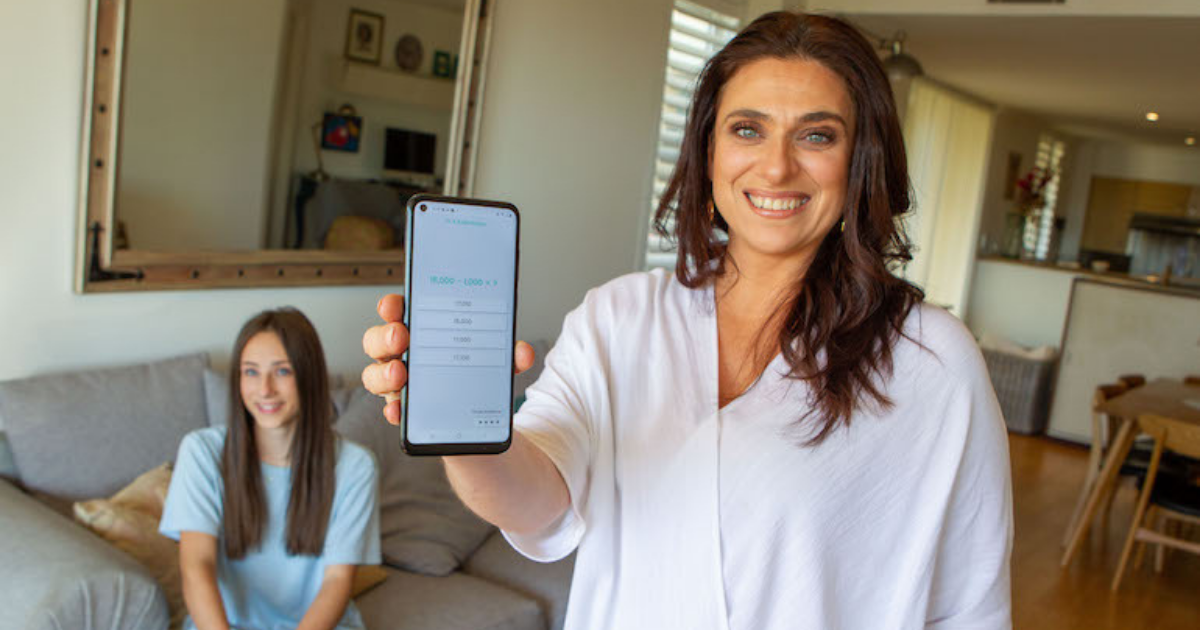 Two entrepreneurial parents have come up with a quirky way of using education as a precursor for their children using social media on their phones.

Issac and Ann Elnekave have launched 1Question, an app that can be linked between parents and their child’s phones as a sort of childlock that can be opened by answering educational questions.

The Elnekaves came up with the idea during lockdown living with their three daughters, aged 13, 14 and 24 – who Issac described as being on ‘different planets’ glued to their phones.

Upon installing the app on his daughter’s phone Issac told Daily Mail Australia he was met with a simple reply from his youngest, Alyssa.

Issac says Alyssa has always struggled with timetables and after being triggered by his daughters’ phone use during lockdown, he knew he needed to do something.

‘My wife turned to me and said; “fix this”,’ he told Daily Mail Australia.

‘So I thought to myself, I want Lyssie to answer a times table question before she gets on to TikTok.’

Issac, who describes himself as a ‘serial entrepreneur’ with a background in tech, said within the space of two months they had created the app and secured it on the Apple Store.